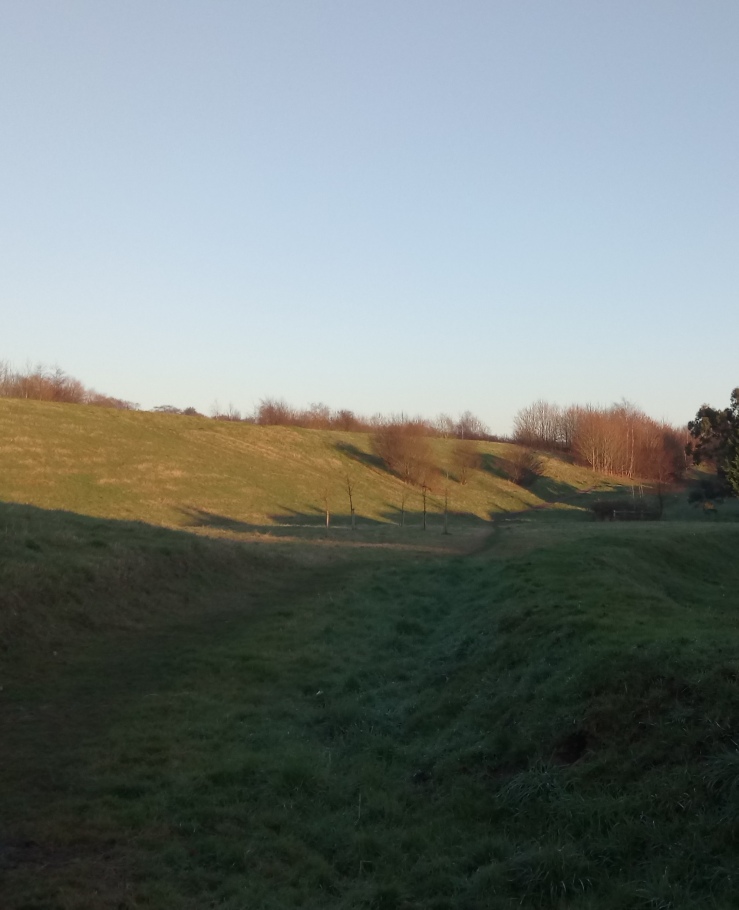 Today I was in Surrey, spending a day with some university friends and our various partners and children, as has become traditional for this week between Christmas and New Year. In the afternoon we walked out to the playground near Merstham station, and I was struck by the beauty of the winter sunlight.

Just on the other side of this bank is the M25. Walk up to the top of it (we didn’t, today, but I have in the past) and the noise of the traffic hits you, thousands and thousands of cars and lorries orbiting London on the country’s most notorious motorway.

And yet from this side you wouldn’t know. One hears the trains – two lines cross at Merstham, and even in these days of Southern Fail there are plenty of trains passing through to entertain the children – but the motorway doesn’t intrude itself upon one’s notice. It has its uses, of course: one party would have found it difficult to get there without it.

My wish for 2017 is to see clearly, to see what’s really there, to know about both the beautiful and the ugly, the good and the bad, to recognise that they’re intermingled in ways that I’ve yet to comprehend, and not to discount the one or to deny the other.