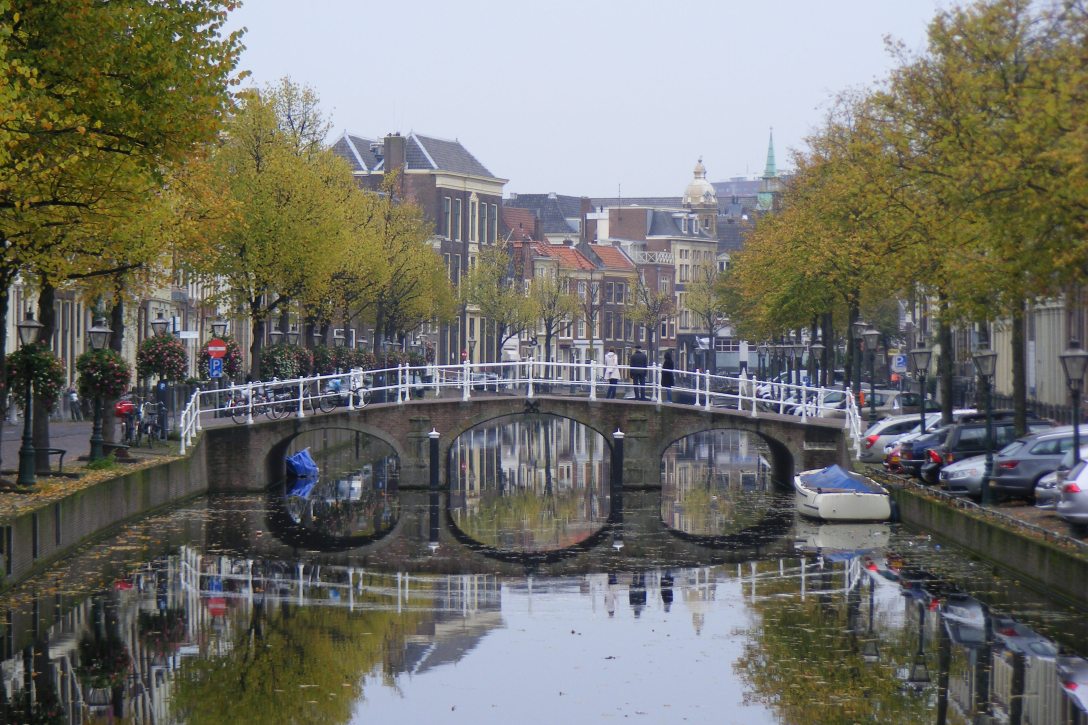 I’ve been away in the Netherlands for a few days – the first trip abroad with my husband since our honeymoon six years ago. We were staying in Leiden, which is a university city made distinctive by its many water courses and bicycles. We live in Cambridge, so really it felt very much like home. On the other hand, Cambridge is not so well supplied with windmills or pancakes.

Anyway, I’d intended not to do too much, and in between late mornings and early nights I had a lovely time wandering around several Dutch cities and taking a couple of hundred photographs. I took Speak Its Name with me and got a bit of editing done on the ferry, but other than that it was a work-free weekend.

One of the things that happened while I was away was the launch party for Purple Prose. To quote the explanation on that page,

In terms of my own personal investment in the project, one of my poems rounds off the chapter on bisexuality and faith.

I spent the morning proof-reading it to the best of my current ability (I have a stinking cold, and so will not have been nearly as thorough as I usually am) and thinking how useful it would have been to me had it existed ten years ago, when I’d barely heard the term ‘bisexual’ and didn’t imagine that I was allowed to use it of myself.

However! I am pleased to have been able to contribute to its existing now, or, rather, some months from now. Thorntree Press is currently crowd-funding publication via Indiegogo. If this is something you’re interested in, do have a look at the page and, if you’re able to, chuck a couple of quid in its direction.