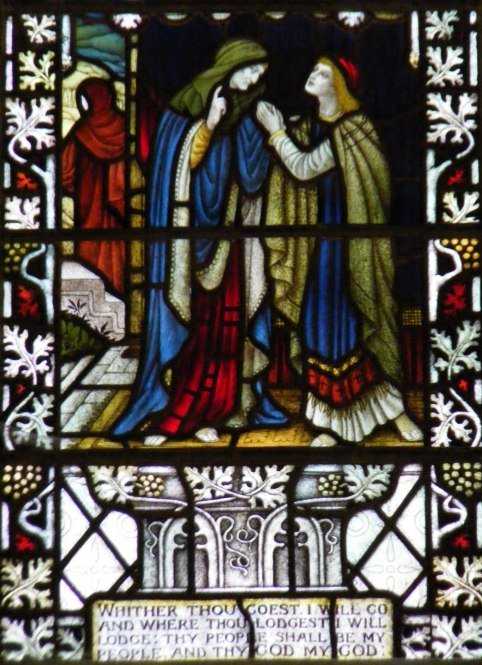 The next book – after A Spoke in the Wheel, I mean – looks like it’s going to be the sequel to Speak Its Name. I like knowing what the next thing is, and I like having a first draft to turn to when I’m fed up with editing, and vice versa; but on the other hand, there are some things I am going to have to think about pretty sharpish.

The big one is this: Speak Its Name is set at a deliberately vague point in time. It’s set after same-sex marriage became legal in the UK but while the Church of England is still being obstructive. So that would be any point between 2013 and now, really. And that works, because student politics are somewhat detached from the real world, and what happens in Speak Its Name really could happen in any year. But my characters are going to have to grow up and go out into the real world, and so the sequel is going to have to be more firmly tied in to wider Church of England politics. Not just the Church of England. The Anglican Communion.

Some interesting things have happened there this week.

For those of my readers who weren’t frantically refreshing the #pisky feed on Twitter on Thursday afternoon, and who missed the news in the general General Election hoo-hah, the Scottish Episcopal Church voted to allow same-sex weddings. That’s the sort of thing that my characters would have opinions about. I don’t think anybody would be moving to Scotland (Lydia’s far too low church to cope as a Pisky) but it would definitely come up in conversation.

Other things have happened this year. There was the finale of the Shared Conversations, a vote Not To Take Notice, another depressing chapter in the Jeffrey John saga, the tired old question of whether one can be an evangelical Christian and behave decently to LGBT people (spoiler: yes), and now, God help us all, a Tory/DUP coalition. I have strong opinions on all those things, and, my characters being who they are, most of them will have to as well.

Of course, that’s assuming the action of the sequel is happening this year. Last year the picture was different; next year it will be different again.

Another minor problem might arise from the fact that I’ve probably overwritten the Bishop of Bath and Wells (the real one, not the baby-eating one) by putting a cathedral city down on top of Ilchester. Can Somerset support that many cathedrals? Quite possibly not.

At the time of writing I’ve got about a thousand words down. Before I can go much further I’m going to have to make a firm decision about when things happen. I couldn’t do a Catherine Fox and write in real time – I’m too much of a chopper and changer for that – but I do need to have a better idea of how the plot fits into current affairs.

On one level it really doesn’t matter. I know the basic arc of the plot, and that won’t really change. (Is that a spoiler? It might be a spoiler.) On another, it’s integral to the whole thing. The obstacles along the way are going to change depending on precisely when I set it, and, unless I move it to another universe entirely, I have to take current affairs into account. Things are happening that I can’t ignore, not if I want to write a novel that has anything to say about what life’s like in the Church at the moment. And I do.

While I’m here, a couple of links. From my alma mater: Alumna author shortlisted for award. And from me: the book giveaway for Speak Its Name is open until 20 June.