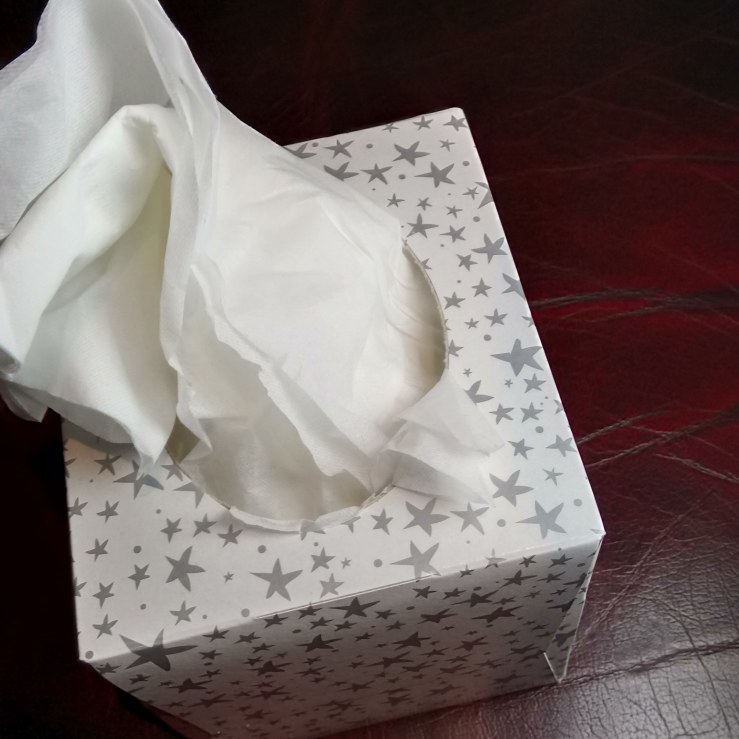 Today I had to buy a box of tissues, as the cold which has been making me lethargic, despondent and irritable for the last two weeks has finally got to the ‘runny nose’ stage, which for me means nosebleeds too.

Actually, the current bug aside, 2019 hasn’t been too bad for me health wise. A slight iron deficiency got picked up in the summer when I attempted to give blood, and there was another bug which had all the symptoms of a nasty cold except the cough and runny nose, but I think that was about it.

Most excitingly, there was one morning this year when I woke up with the motivation, energy, enthusiasm, everything, squashed by depression, and managed to be kind to myself about it. This is revolutionary.

I think I know how it happened, too. I’ve spent a lot of time this year writing from the perspective of a character who spends much of the action becoming increasingly depressed. I have had to take care to differentiate between her perception of reality and actually reality. It’s hardly surprising if that has helped me get a bit of perspective myself, to remember that what’s really there is bigger than the space in my head. Even if that’s a little bit more difficult when that head is completely bunged up.