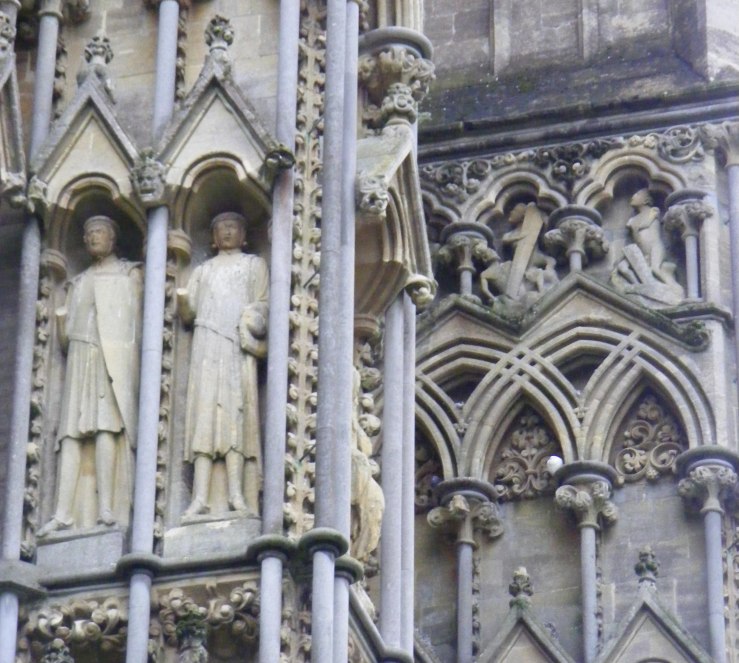 Ankaret Wells, whose books are great and who I credit with showing me that self-publishing could be far more fun and far less trouble than I had always feared, has teamed up with Irene Headley, whose writing is always insightful and often hilarious, to write a new fantasy series, Kingsblood. And it looks like it’s going to be fantastic:

The bitter years of the Cousins War are over… for now.
The grandsons of Kharis Sidonia are dukes and kings, and the last kinsmen of the deposed King Gilbert the Bloodless are hunted exiles… for now.
Winter holds armies at a standstill, and in Briege, the suitors of the new Duchess of Bergomance protest that they are at her feet… for now.
Before the thaw breaks, Ambrosia of Bergomance must choose a husband, and place her people in the hands of another, greater, power, By her side are two men – her uncle Thomas of Wharram, loyal to his family above all else, and Nicolas ás Ithel, who has spent most of his life as a hostage.
Thomas and Nicolas become lovers and allies…
For now.

There are extracts at Ankaret’s blog and at Irene’s. The first work is coming out in December.

I’m really looking forward to this one.