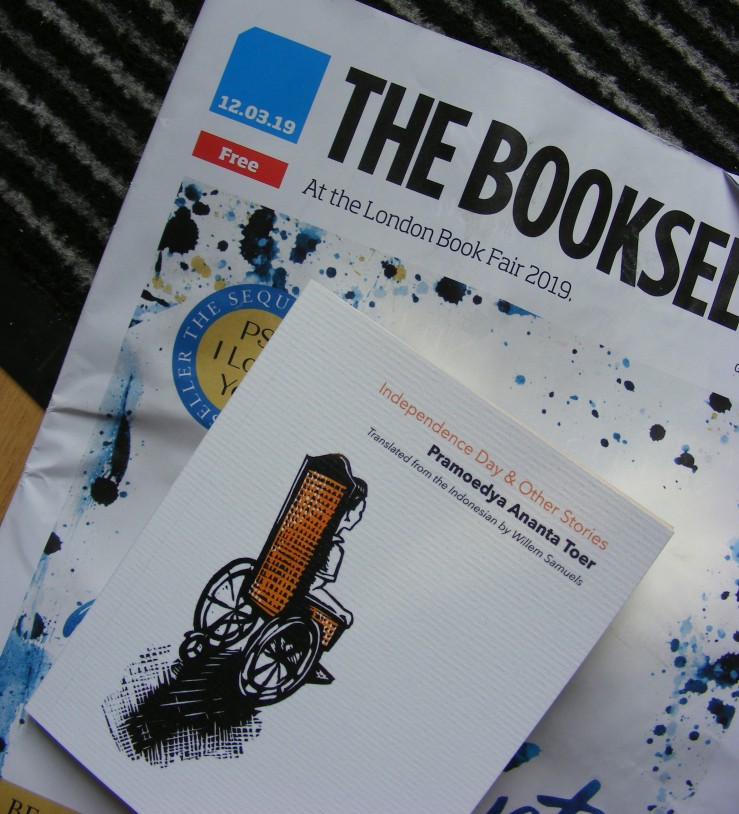 A disabled veteran of his country’s war of independence against the Dutch slowly succumbs to despair; a child bride’s lost innocence is cherished by her observant younger neighbour; and a young boy views his impending circumcision with anxiety and excitement on account of its significance – and the gifts that will accompany it.

Pramoedya Ananta Toer (1925-2006), one of Indonesia’s most important writers, was the author of more than thirty books – all of which were banned in Indonesia at various times. A resolute political activist, he was incarcerated by the Dutch colonial authorities and again by the Sukarno and Suharto regimes.

Willem Samuels is the pen name of John H. McGlynn. He is a long-term resident of Indonesia, having lived in Jakarta almost continuously since 1976. He has translated several dozen books, subtitled scores of Indonesian feature films and produced more than thirty documentary films on Indonesian writers.

How I got this book

This was a freebie from the London Book Fair.

This could count towards: ‘An author from another country’; ‘A new to you press’; ‘Translated book’; or ‘Marginalised people’.

A little book, and quick to read – I got through the first two stories on the tube back from Kensington, which wasn’t even delayed. But it punches above its weight: all three stories are powerful and atmospheric, and they all have a sting in the tail. Hypocrisy and inequity are exposed – but that’s as far as it goes. There aren’t any easy answers here.