This year I’ve read more historical fiction than I thought. I’ve just looked back down my booklist and found that about 20% of 2021’s reading has been historical fiction; it’s just that there are a couple of historical fiction books that have stuck in my head for the wrong reasons and they’re crowding out the other, really well researched, well written, ones.

The third somehow manages to be both. Last night I sat up until midnight (well, 23:57 if we’re going to be pedantic, which I am) to finish The Heiress (Molly Greeley). Which, if you can get past the Britpicky Angliquibbling gripes that I’ll get to in a bit, I do recommend.

The problem with both The Quickening (Rhiannon Ward) and Turn Again To Life (A. Zukowski) was that they knew they were historical fiction. The characters didn’t live in their now; they lived in the author’s nineteen-twenties. We get lines like this:

A wonderful story, except the fairies were dressed in 1920s clothes, copied probably from a magazine.

At this point it’s 1925. Now, I might describe the dress I wore yesterday as ‘a bit eighties’ or the one I wore on Tuesday as ‘vaguely fifties’. I wouldn’t call the one I’m wearing today ‘2020s’, or even ‘twenty-tens’. I might say ‘modern’ or ‘contemporary’, or just skip straight to calling it ‘a v-necked cotton jersey dress with a flared skirt’. And the reason for this is that I am living in the twenty-twenties. For me, it’s now.

In the case of Turn Again To Life, it was a case of too much research and insufficient mixing. One kept coming up against solid lumps of history: a summary of the suffrage movement plonked into the middle of a love letter, for example. I couldn’t decide whether the book needed to be twice as long or to have half as much plot, but either way it needed a better editor. A pity, because it had a really intriguing premise.

This was not at all a problem in The Heiress. This is a riff on Pride and Prejudice in which Anne de Bourgh’s invalid state is caused by involuntary laudanum addiction: a great premise, and one which is delivered on. It’s a peculiarly immersive book, and the immersion in Anne’s surreal mental landscape is a neat escape from having either to pastiche Austen or explain one’s more departure from her voice. Anne felt at once very human and very much of her time.

However, I got thrown out quite violently when she mentioned having read the Book of Common Prayer through several times and finding it ‘dull’. There are two problems with that. Firstly, I have never known anyone read the BCP cover to cover: that’s not what it’s for. The only scenario I can think of is someone who has nothing else to read: in which case it surely shouldn’t be as dull as not reading it.

The second is this: it isn’t dull. Parts of it are, yes, and if you’re reading the Calendar and the General Rubricks straight through then you deserve everything you get. But there’s an awful lot more in there, and the author just didn’t seem to know about it. One wouldn’t even need to have an unequivocally positive view of it. One could be horrified by the Commination or perplexed by the Athanasian Creed just as well as charmed by Psalm 19. Anne’s aunt dies giving birth, and yet the pain and peril of child-birth doesn’t come to mind. The Book of Common Prayer (she always calls it that, not the Prayer Book) just doesn’t live in Anne’s head the way you’d expect it to if she’d read it several times. And yet she reads The Seasons and suddenly discovers the joy of words.

It was at this point I nearly DNFed. It felt very much as if it was heading straight for Not Like Other Girls Anachronistic Atheist Feminist territory. (It didn’t get there.)

And all that made me a lot less inclined to give it the benefit of the doubt when Brighton beach was sandy and when they came back from Brighton it was snowing. The snow is just about possible. The sand… well, see the picture at the top. That was Brighton in June 2016. There will have been some geological upheaval, but still…

The problem here is not so much the historical research as the geographical research. And that’s social geography, religious geography, as well as physical geography. I know the landscape that Greeley is trying to write in, and every mistake jars. Not, admittedly, as much as that Alyssa Cole book where the hero turns out to be the Duke of Edinburgh (now that’s something you really should look up before you start writing), but it jars.

Fortunately, things got a lot better after that, and I got to the end with only a couple of hiccups: wondering when the word ‘orange’ was used to describe the colour (the 16th century apparently, so that’s a pass) and thinking that it’s slightly odd to talk about Kent being ‘only forty miles away from London’. I probably wouldn’t have batted an eyelid at those if I hadn’t been so annoyed about the BCP thing. And everything else about it really was very good. The depiction of addiction and coercion, the challenges of entering society a decade late and massively underprepared, the convincing depiction of a same-sex relationship in that particular context, the physicality… I do recommend it. But.

All this gives me much to think about as I embark on long-form historical fiction for the first time. Can my Yorkshire Quaker shop steward call his much younger boss ‘thou’ in 1919? (Actually, he probably would, and get away with it, but I can’t have him doing it, because it will throw the reader out for as long as it takes them to wonder the same thing – which might be all the rest of the book.) I was going to send my main characters to Hastings on honeymoon, but it turns out there was a blooming great U-boat cluttering up the beach all that summer. Which I think might be a bit too, er, metaphorical. I think I’ll send them a mile or so down the coast to repent at St Leonards instead. 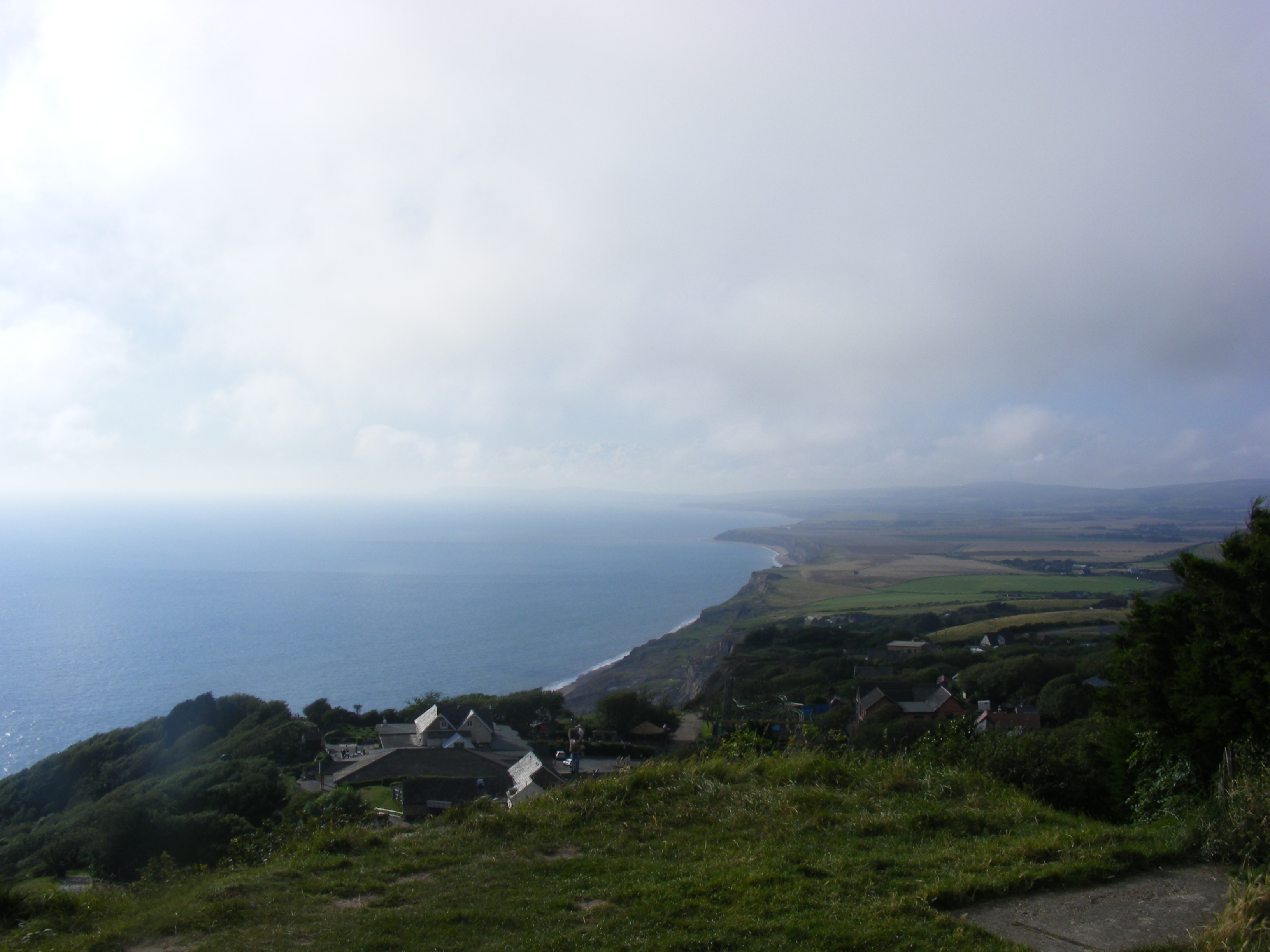 If you like having other people read you historical f/f fiction written by me, November was the month to do it. I don’t think there was any particular reason why it was November; it just worked out that way. But, because the internet is, if not forever, at least reasonably long-lasting, you can still listen to two podcasts featuring stories that I wrote:

Everybody knows why the great Signora Valli left the Licorne opera company. Everybody, that is, except Monsieur Perret, who has taken the brave—some would say, foolish—decision to cast her opposite rising star Delphine Vincent-Leclerc in Rossini’s Tancredi. But what everybody knows is only half the story.

It’s narrated by Julia Rittenberg and you can listen to it here (34 minutes). The story also appears in the anthology Upstaged from Supposed Crimes.

Salvaging shipwrecks on the coast of the Isle of Wight in the eighteenth century can lead to unexpected treasure.

It’s narrated by Heather Rose Jones and you can listen to it here (18 minutes). You can also read a transcript here.

I’ve always been a bit hesitant about attempting historical fiction: so much to get wrong! So much more research! I don’t know whether I’d ever have the guts to attempt a full-length novel. At any rate, in both of these stories I found a way in through that old chestnut write what you know.

With Prima Donna, what I know is what it’s like to be an alto, to come to terms with the fact that even if you get really good (I never got really good, and also I have the acting ability of the average house brick) you’ll never get the biggest bouquets. It’s also the reading I did about the time when that wasn’t the case: the first few decades of the nineteenth century, when the castrati were dying out and the heroic roles that they had previously sung were now going to female singers. (Actually, those weren’t necessarily altos, either.) Signora Valli is one of those versatile sopranos who could play either hero or heroine. Delphine represents the new order (soprano heroine, tenor hero, villainous bass, and any other women relegated to confidante or crone) – or does she?

(I recommend Voicing Gender by Naomi André, by the way, if you want to know more about this period of opera – and you feel up to some fairly impenetrable academicese.)

As for The Mermaid, what I know is the south coast of the Isle of Wight, the way that you don’t really trust the sea even on a calm day, the stories of wrecks and wreckers. This is a coast I’ve walked – except it isn’t, because the cliffs that Alice knows in my story will have long since crumbled into the sea. This is the Island before the tourists, before Queen Victoria, before Keats. This is the south west coast before the Napoleonic Wars prompted the construction of the Military Road, when it was even more remote from the rest of the Island, and anything could happen…