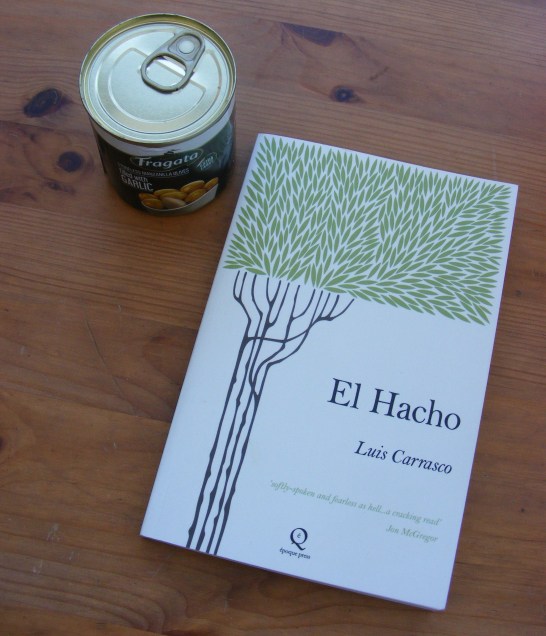 El Hacho is a timeless evocation of inheritance, duty and our relationship to the landscape that defines us. Set in the stark beauty of the Andalusian mountains it tells the story of Curro, an olive farmer determined to honour his family tradition in the face of drought, deluge and the lucrative temptations of a rapidly modernising Spain. Wonderfully crafted, El Hacho is a poignant and compelling story of struggle and hope.

Luis Carrasco lives and writes in Gloucestershire. He was inspired to write El Hacho after falling in love with the people and natural beauty of the Sierra de Grazalema whilst living in Andalucía. He is currently working on his second novel.

époque press is an independent publisher based between London, Brighton and New York, which specialises in literary fiction.

I ordered this book direct from the publisher.

This is a gentle book, but it’s filled with tension as it explores the relationship between human tradition, ambition and destiny, and the forces of the natural world. The mountain of El Hacho dominates the action as it does the landscape in which that action takes place. Close behind the mountain comes the weather: an active force, sometimes empowering, sometimes destructive, whose changes are to be both longed for and feared. And against that backdrop the minute details of human relationships stand out vividly.

This is a short book, but it packs a lot in. I think I’ll have to go back and read it again.

And that’s my twenty-fifth book of the #indiechallenge completed and reviewed. Here’s a round-up:

It’s been fun: an opportunity to reread old favourites, to discover new authors, to make a dent in my TBR pile. I’m particularly amused by how much of the non-fiction in particular is on bi themes – well, it’s true, we don’t get much representation in the mainstream. (And how every single one of them came from my TBR pile…) Two books included contributions from me; four were written by people I know; one was translated by someone I know. (And Peggy Seeger once said she liked my hat, though I’m sure she says that to all her fans.) There are a couple of books on there that I wouldn’t read again, and YA in particular just doesn’t do it for me any more, but generally speaking this has been a very positive experience. Now, do I want to do it all over again next year?